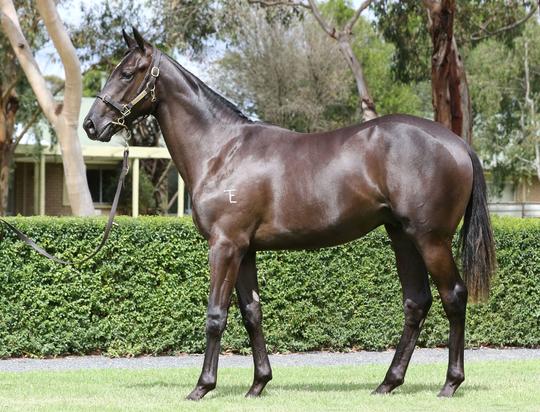 Siring over 1800 winners to date including 198 Stakes Winners, MORE THAN READY’s closest rival is the late, great DANEHILL, who rests with 1623 winners.


Represented in all the major stables throughout the country, MORE THAN READY is renowned for the incredible 2YO’s he produces. With 70 individual 2YO Stakes Winners to his name, he has been crowned Champion 2YO sire in both hemispheres. Siring the winners of the Blue Diamond, the Champagne S., Breeders’ Cup Juvenile, MORE THAN READY has also produced the winner or placegetter of the last 5 Golden Slippers. His 2019 2YO Stakes winners include the promising KOOWEERUP and READY SET SAIL.

However, MORE THAN READY’s success has not been limited to juveniles, siring Oaks and Derby winners, three Breeders’ Cup winners over the last two years as well as maintaining an incredible 73.2% overall runners-winners ratio.
MORE THAN READY has produced multiple Stakeswinners from mares descending from Mr Prospector. The best examples of this cross here in Australia are Blue Diamond winning SAMAREADY and Group 1 winning juvenile CARRY ON CUTIE. This colt is bred on the same cross.

OCEAN STORM, the unraced STREET SENSE dam, is a half sister to Group 1 winning daughter of FASTNET ROCK, YOUR SONG (BRC BTC Cup [G1]). Second dam ZEMBU was a city winning 2YO and the dam of four winners of 13 races including YOUR SONG as well as Singapore-based Stakes performer Wimbledon. Third dam WANICE is a half sister to Horse of the World 2000/2001 and now sire FANTASTIC LIGHT.

Broken in and ready to come back with signs that he may be an early goer, shares won’t last long.

Contact Chris Dickinson on 0419176992 or chris@clanbrooke.com for a copy of the PDS or to secure your share