Athletic Filly by Horse of the Year DISSIDENT- out of a Stakes Winning Mare! 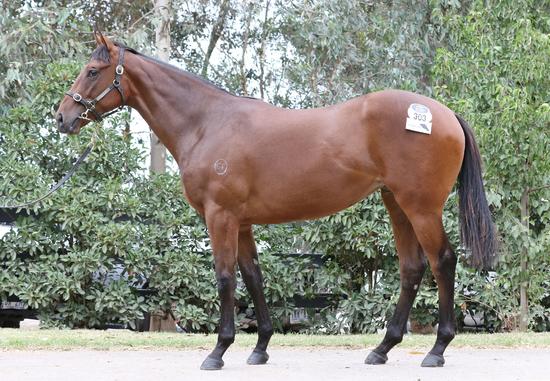 ONLY 5% LEFT!
2015 Horse of The Year and 2015 Champion sprinter DISSIDENT is a five time Group 1 winning son of the 2008 Golden Slipper winner, Champion 2YO & sadly departed SEBRING. Out of the ANABAA mare Diana’s Secret, DISSIDENT hails from a strong female lineage, the hallmark of many good sires.

DISSIDENT kicked his career off well, winning the Blue Diamond Preview on debut. At three, he saluted in the Group 1 Randwick Guineas but it was at 4 that DISSIDENT really started to bloom, winning 4 x Group 1’s that year (All Ages S.; CF Orr S.; Memsie S.; Makybe Diva S. ) and securing the Horse of the Year crown.

Artie Schiller mare MEZERAY MISS, the dam of this filly, won 2 races as a 2YO including one in town and was a Stakes winner at 3 winning the Listed MRC Twilight Stakes. Second dam AQUALUNA has a perfect 3-winners-from-3-to-race record at stud and Stakes performing third dam Dantain has produced 9 winners in the breeding barn.
DISSIDENT progeny have been in high demand since his Freshman year, selling to $800K as Yearlings. Already the Sire of Stakes winner PANCHO as well as Group 1 placed Foxborough (Flight S. [G1])and stakes horses Reformist and Challa, DISSIDENT currently sits 7th on the Second Season Sires table by earnings.

At the sales this filly had a real presence about her. A good, striding filly, she oozes athleticism and has a great attitude. Her short cannons and depth of girth sealed the deal for us – and at the price we were able to purchase her for it was a no-brainer!. We are thrilled that she is going to be trained at the proven Ellerton and Zahra stables giving her every chance of success.

To be trained by ELLERTON and ZAHRA
At FLEMINGTON