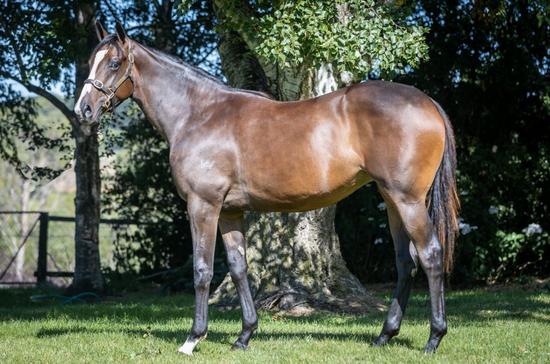 Darley have a high opinion of Freshman Sire ASTERN, standing him at their Hunter Valley Stud as well as shuttling him to the US. ASTERN is a physicaslly impressive individual and the highest rated son of Medaglia d’Oro in both hemispheres with a Timeform rating of 126.


Bred by Darley and raced by Godolphin, ASTERN was a 2.5L winner on debut, clinching wins in the G2 Silver Slipper and the G3 Kindergarten Stakes as a juvenile. Returning at 3 to secure victory in the Run to the Roses [G2] first up, he followed this up with victory in the G1 Golden Rose. ASTERN was retired to stud after only 9 starts with 5 wins and was runner-up on a further 2 occasions.

A big, strong loose walking type of filly, we were also impressed with her lovely temperament. Given ASTERN’s first crop sold to $725K on the Gold Coast this year and $145K at Melbourne’s Premier, we feel we have bought well and we’re really looking forward to getting this robust filly into work with Cindy.

To be trained by CINDY ALDERSON
at Cranbourne