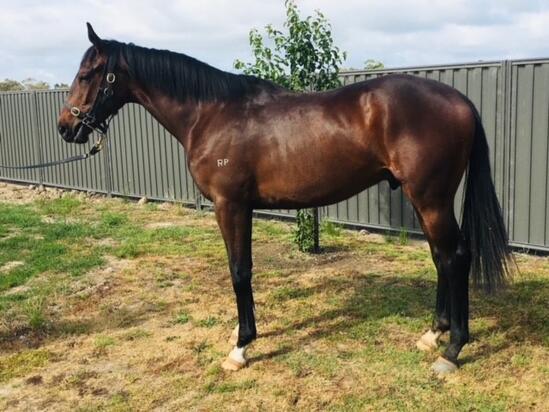 Winning on debut as a juvenile for trainer Graeme Begg, WRITTEN TYCOON scored his biggest victory in the G2 Silver Slipper Stakes, beating the likes of DOMESDAY, FLYING PEGASUS and JET SPUR to victory. In his Classic year, WRITTEN TYCOON was runner-up to MEDIA in the G2 San Domenico S., with SNITZEL third and STRATUM 4th.

Crowned the Leading Australian First Season sire in 2010-11 and then Leading Australian Sire of 2YO’s in 2015-16, WRITTEN TYCOON now has 58 Stakes winners including 8 G1 winners to his name (no sex bias with four male and four female), boastingan impressive 73% runners-winners ratio.

What a pedigree to have on lease!.
Clanbrooke will also be retaining shares in him.